The InFocus Scientific Advisory Board

The InFocus Scientific Advisory Board is comprised of the most proven and respected retina specialists. 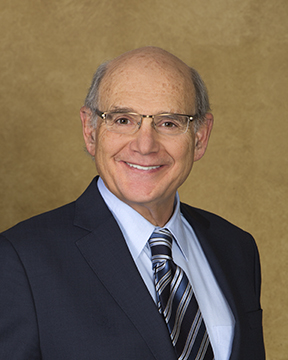 Dr. Lawrence J. Singerman completed his retinal training at the Wilmer Eye Institute of the Johns Hopkins School of Medicine and founded Retina Associates of Cleveland, the largest retina group practice in Ohio. Retina Associates has grown to include 12 retina specialists and 11 office locations to serve our patients close to home.

He has been a principal investigator in more than 150 multicenter clinical research trials, given more than 600 presentations at national and international courses and symposia on macular and retinal vascular disease, and authored over 370 publications.

In 1977, Dr. Singerman founded the Macula Society, an international association of leading investigators and clinicians in the field of retinal diseases, and he has been continuously re-elected as the society's Executive Secretary. He is the recipient of the Macula Society’s Arnall Patz Medal and J. Donald M. Gass Medal and the first recipient of the Lawrence J. Singerman Medal for Outstanding Contributions in Clinical Trials. He is also a Charter Inductee of the Retina Hall of Fame.

Dr. Singerman has been named to the Best Doctors in America list every year since 1998, and has been featured annually in Cleveland Magazine as a Top Doctor by Castle Connolly, Ltd.